So I had my Cochlear Implant Nucleus 7 activated at the end of May. Typically it takes three to six months to adjust to the sounds of the implant.

The implant does not translate sounds the same way ordinary people hear sounds. Since it is an implant and uses electro waves, sounds will be different than those with natural hearing.

So far beyond the robotic sounds, I think they are very similar. Typically the robotic sound goes away when I am familiar with regular sounds from wearing the implant regularly. Overall, I think it is worth it as the sounds are not so different that you do not benefit from the implant.

Now that I have gotten past most of the robotic sounds, I can now hear variations such as if a speaker is male, female, low, or high tones. It is beyond amazing how well I can hear specific letters such as s, t, ch, sh, th using the implant. Some of these sounds I have never heard until now with the cochlear implant (CI). The sounds are clear; they are rarely mistaken. I was dependent on lip-reading to clarify if someone was saying specific words with these letters. Let’s say it was rarely accurate. I can also hear my speech on how well I am saying these specific letters. I had a few people say my speech has improved more in this letter sounds. What a difference this makes!

I am still working on music, and each day is different. I am not sure why sometimes I hear music more clearly on some days and not others. When the music is not clear is sounds distorted (robotic distortion). There have some days I can hear the singer’s voice and sound. Other days the music and singer sound robotic and distorted. Even with the distortion, I can identify 90% of my music on my playlist. When I first started listening to music, I was only able to identify 50% on average. My conclusion with the CI it is worth it. The music may not be precise what hearing people hear, but it is enough I can enjoy listening again.

Recently I have been experiencing dizziness. I will speak to my audiologist
next week about it. I am not too concerned, and it has affected my balance a
bit. I have noticed that I mostly experience dizziness: when I am not wearing the device when I have worn it all day (around bedtime) in the morning, and sometimes I experience dizziness during the day.

The dizziness has not affected my ability to walk, stand, sit, or do daily activities. It has also not caused me to feel nausea like it did when I was recovering from surgery.

There have been some side effects due to the implant. My taste has changed, and I experience random daily dry mouth syndrome. As for taste, it is weird because the taste of food is vivid. I am not complaining as I had a weak taste bud before the surgery. The dry mouth syndrome is a downfall but has not affected me to the point I would complain.

I am making some quick progress. Some things I have done in the past month I never did before are:

I do apologize for the late update on my CI progress. I have undergone some life changes that have taken me away from my web world. I am proud to say I am now part of the school district’s computer technician team! I am so excited about this opportunity and feel this is a much better fit than web development.

0 The ending of 2019 was not one of my best as I adjusted to the loss of my job back in October. Although I… 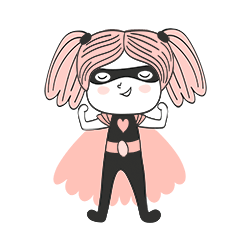 Be a part of the adventure and join our monthly activities, groups, forums, and more. Earn PowerPoints, Ranks, and Achievements through involvement and participation. Be your own superhero and share your tales of chaos.